Building Your Own Swing Set

My husband, Tim, is a do it yourselfer. He sees things and thinks of how he could do it. He’s also got mad skills so he often can do it better. The problem is that I am always the Debbie Downer of the project. He is smart, motivated, and dreams big. I am practical and would rather pay money to have someone else do a project so that he can spend more time with the kids (aka I can pawn them off on him on weeknights/weekends). We also often disagree on the logistics and the layout of projects. In the end, I have to remind myself that when he decides to do something himself that he is not going to give in and that in the end, I’m going to be pleased with the results. His latest project that he finished today? A totally kick ass swing set for the kids… 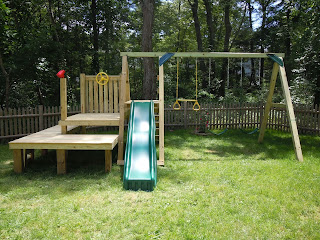 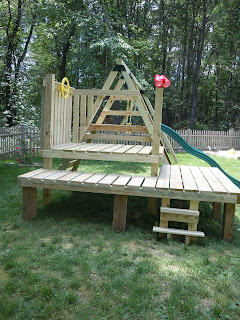 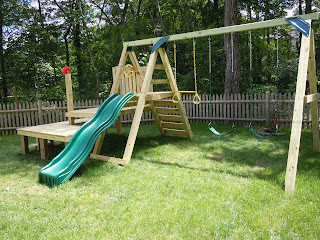 He purchased a kit that contained the hardware and swings for the basic structure (similar to this one). He then purchased wood, added extra space for a third swing/rings (a must with three kids!), and added on the side structure/accessories on his own. The kids love it. Isabelle literally swung on the swing for two hours the other day. Yesterday, the play area was Henry’s space ship. Today it was a pirate ship. So in the end after all of my complaining about the time it would take for him to do it, how safe it would be, how much I just wanted to order one and have someone put it up, I can admit that I was wrong. I couldn’t have asked for a better swing set for the kids. Tim wins (just this once!). 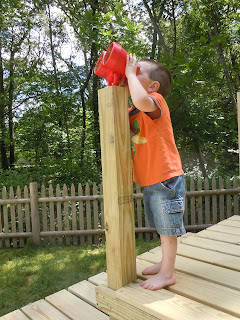 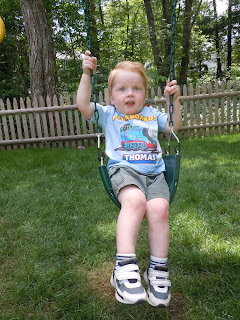 Posted by Dollops of Diane at 2:26 PM