Every Friday morning, Henry's preschool class has a Mystery Reader where a parent or grandparent comes in to read a story to the class. Today, we mixed up the routine and had Isabelle be the Mystery Reader for his class. I had signed her up a couple of months ago and she's been eagerly awaiting this day. She picked out a book and we practiced her reading it out loud. In all honesty though, she didn't need the practice. She could have nailed that book with her eyes clothes and didn't have an ounce of nervousness at all. Meanwhile, I was a nervous wreck for her!

So I dismissed her from school (which she thought was super awesome) and we headed to Henry's school. When we got there I asked her if she wanted to take a look at the book before we went in. She said no and began running towards the class. Jeez, even I review the book before I'm the Mystery Reader. Clearly, she's way more skilled and confident than I am!

In the classroom, they have the kids sit on the rug with their eyes shut while the Mystery Reader sits in front of the class. When Henry opened his eyes to see Isabelle he was a little confused at first and then excited. He had a smile on his face during almost the whole story. Of course, his smile may have been outdone by the one that was beaming from my face. Now I've heard Isabelle read a million times before but today was different. She was sitting in the same classroom that she started school in as a three year old. Just last year she was on that very rug being read to and this year she is the one doing the reading. She was loud, proud, and confident - all the things I could have wished for. 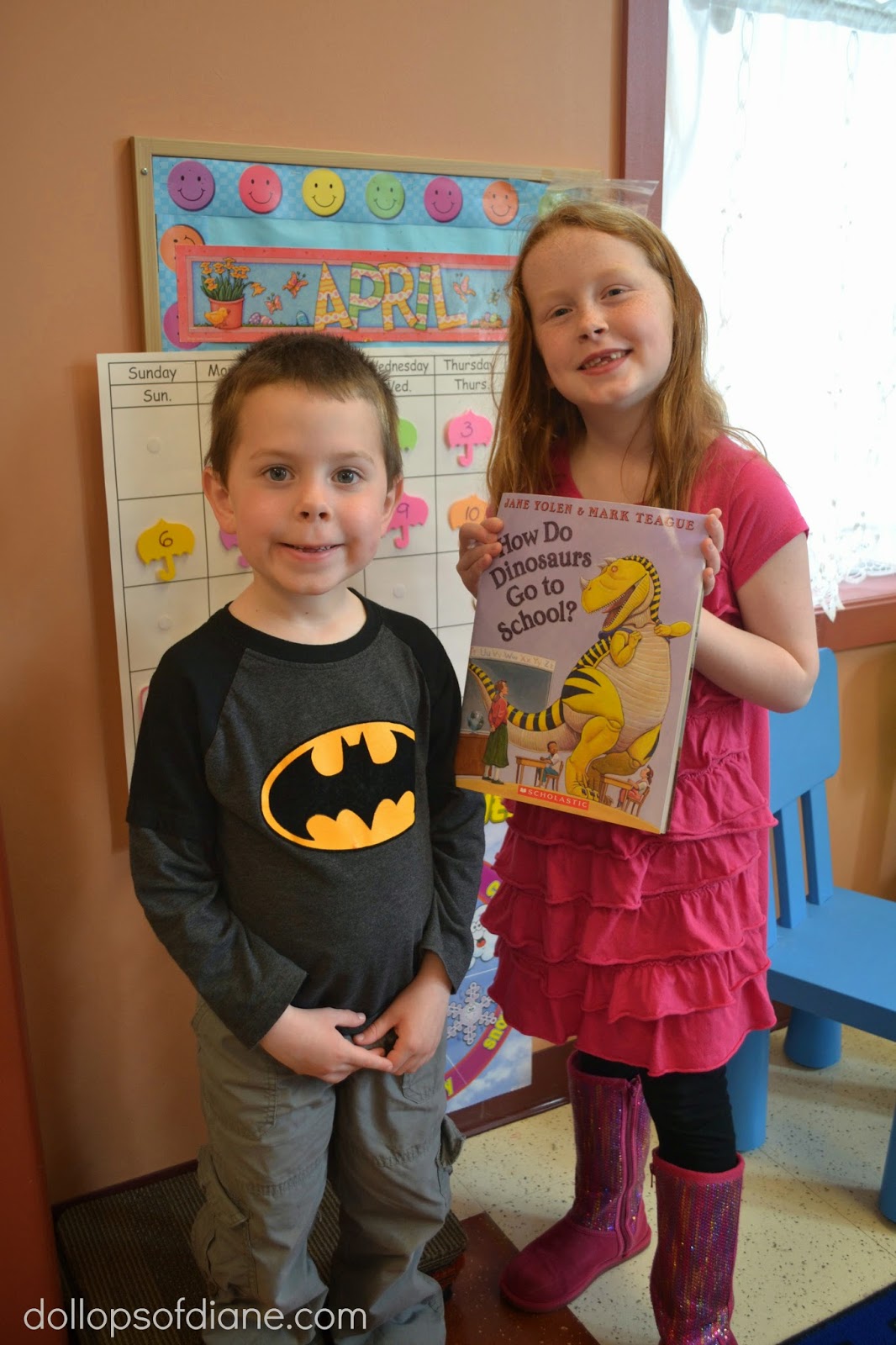 I couldn't wipe the smile off my face. It was just such a great moment. So great, that I took my couldn't-remove-smile and her to Dunkin Donuts for her to pick out a treat before returning to school. While there I said, "Wow, Isabelle. A Mystery Reader, a chocolate donut, and it's pizza day at school? This is kind of like the best day ever." She said, "It is! Can we make a scrapbook about it?" Ahhh, that's my girl!