Things have been quiet here on the Dollops front recently because I was away on vacation. Overall, the trip was great. We had good weather, lots of laughs with family, and the kids had a blast. The only downfall? The vacation house. In the past, this crew of people (10 adults and 10 small children) has rented houses in the Outer Banks of North Carolina. We LOVE it there. The houses are huge, on the beach, and reasonably priced. The only problem with the OBX is that none of us live anywhere near it. With our baby army growing exponentially we needed to find a more local spot this year so we decided on Cape Cod. We knew from the beginning that we would be paying more money for a smaller house that included a drive to the beach and we were okay with that. Well we thought we were okay with it at least.

Upon first glance (and online) the house on the Cape seemed like it would be just fine but in the end it turned out to feel more like the house from the movie The Money Pit. To start the house had no air conditioning and it was during a heat wave. Now the no AC was not a surprise and since we don’t have AC in our own house it normally wouldn’t be an issue. However, none of the windows or sliding doors had screens in them (or if they did they had HUGE rips in them). So in order to get any fresh air in the house you also had to invite in all the bugs and other wildlife that wanted to venture in. I nearly died when I saw a chipmunk running through the house as if he owned it. “Chip” was later spotted again in the house and truth be told I’m beginning to think he may have lived IN the house.

Now in the home owner’s defense he did supply us with a window air conditioner that he had plugged in to an extension cord. Now I know very little about electrical work but I do know that you don’t plug an AC in to an extension cord. Sure enough a few hours after our arrival my brother in law noticed that the cord was melting and we were most likely a few hours away from a fire. Imagine the kind of blog post I could have written if the house burned down!

So beyond the heat, critters, and potential fire, the house was dirty – just dirty. The owner said that he has cleaning people come in each week but I have no idea how that could be true. Unless of course, the cleaning crew is blind. There was dust an inch thick on shelves, tvs, etc. There were colonies of spider webs by the ceilings. I found pretzels under the bed that the kids were in -we never ate pretzels on our trip. The counters were covered with ants.

On top of that, the hot water (or lack thereof) in the house was ridiculous. Now I understand it’s a big house with lots of people so it’s understandable that some showers might be cold or we would need to plan around running the dishwasher, etc. Nope, the water was just total hit or miss. At one time we were the only ones home, no other water was running, and poor Henry ended up having the coldest shower of his life because one minute in the hot water simply stopped. But somewhere that we never seemed to have an issue with hot water was in the washing machine which only ran super-hot even when you had it on cold. I ended up having a load of laundry ruined with a towel that bled even though it has been washed numerous times and never had an issue.

Another highlight was when me and another sis in law were helping a third sis in law down the stairs since she had hurt her ankle (and later ended up in the ER) and while hobbling down the stairwell the light goes out. It was basically anything that could go wrong would go wrong with the house. So really the list of things just goes on and on and on. Oh, and did I mention the house had no internet?

So yeahhhhhhh…worst house ever. Luckily, we went with the glass half full outlook and had an amazingly, fabulous vacation regardless! 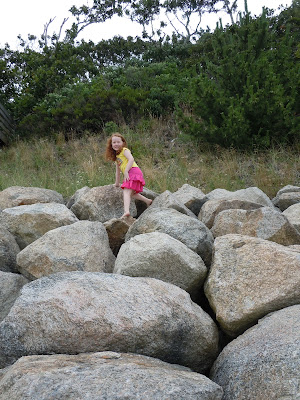 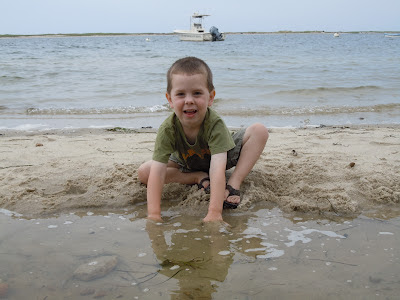 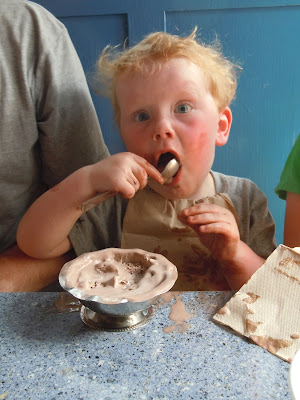 Posted by Dollops of Diane at 8:12 PM