Yesterday, Isabelle lost her first tooth which meant the Tooth Fairy would be making an appearance. A tooth under the pillow, some cash, and it's a done deal, right? Not so much. I found myself beginning to panic around 11pm when I realized I was totally unprepared for the whole Tooth Fairy thing. Did I throw the tooth away? Did I keep it? Did I let her keep it? Did I leave a note? Did I leave dollars? Did I leave change? So I did what any smart person would do in this situation and I asked my Facebook fans. Of course, the variety of answers and hearing about how some people had pretty kick ass Tooth Fairies in their lives only made it worse. So many options and such little time! So I now give you the top things the Tooth Fairy never told me... 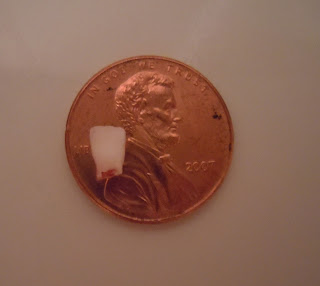 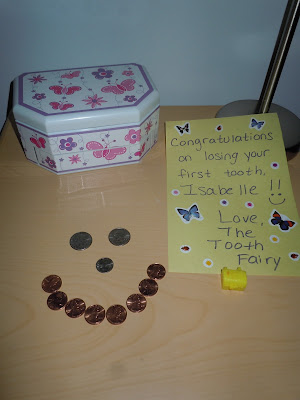 Posted by Dollops of Diane at 2:46 PM