It's Not a Party Until Someone Vomits 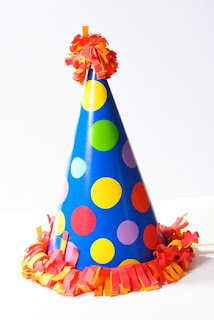 We were at a family party on Sunday and there was the regular organized chaos that comes with a large family. There were laughs, screams, squeals, and tears but something happened that struck me as pretty funny now that I look back on it. After the play place party, we headed back to my sister in law’s house for the after party (that’s how we roll). Daniel was at the table eating dinner with some cousins and like he often does he decided to shovel all the food in his mouth and not chew. This then results in him choking, recovering himself, but then vomiting everywhere. So there we are with a room full of adults and kids and he vomits everywhere. You know what happened? Pretty much nothing. I explained he “just” choked and puked and was fine and we all continued on. I cleaned the vomit while continuing to gossip with my sister in laws, Daniel ran around in just a diaper, the kids continued eating dinner, and my nephew even tried to climb in the vomit chair during mid-clean up. It cracks me up when I think back on it. Only in a large family where all the parents have a litter of children of their own and the kids always have siblings around doing gross things does vomiting AT the dinner table not affect anyone. Hey, it’s not a real party until someone vomits!

Posted by Dollops of Diane at 2:19 PM