We’ll be heading out shortly to celebrate Christmas Eve at my Aunt and Uncle’s house. HOPEFULLY, the kids will be fast asleep by the time we get home so we are getting all set for Santa now.
Cookies for Santa and Magic Food for Reindeers: CHECK 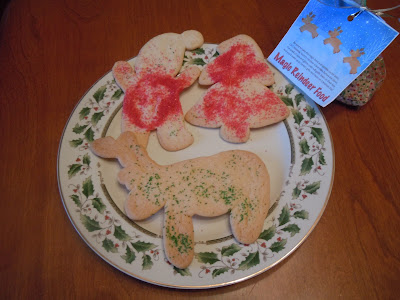 Isabelle wasn’t sure what she wanted Santa to bring so she went for a simple, “Hi Santa, Isabelle (heart)” 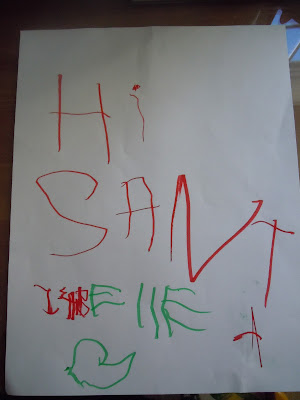 Henry has been telling anyone who would listen that he wants Santa to bring him Alphie. I had to Google him to find out what it was but I’m pretty sure Henry’s going to lose it when he sees him Christmas morning. Please note, this is a picture of Alphie but I told Henry maybe we should write it in words just to make sure Santa knew (and years from now Santa could remember his favorite toy!). 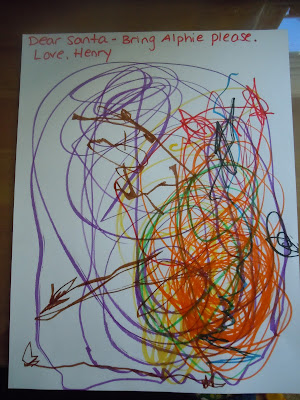 This is Daniel’s letter to Santa. I can only imagine it says, “Please bring me more climbing devices and small objects to put in my mouth.” He probably would have asked for more but his letter writing was cut short when he insisted on eating all the markers. 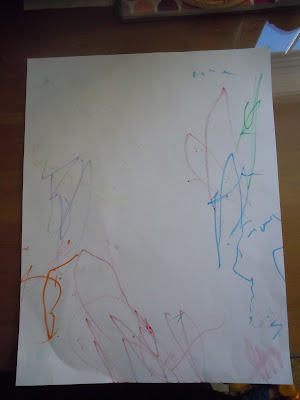 Okay, that’s all for now people. This Mamma is checking out to overindulge in treats and sweets. Merry Christmas Everyone!

Posted by Dollops of Diane at 2:30 PM